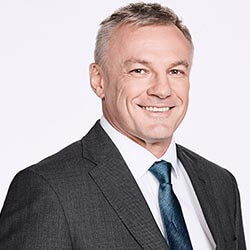 Aussie journalist Paul Kent says he not only believes Wayne Bennett to be interested in making a Broncos return, but moreover, that the wheels for Bennett’s return either in 2021 or 2022, are already in motion. This after a prominent news page hinted at Karl Morris having declared himself “open” to the Rabbitohs coach returning to the club in order to assume a coaching management role.

Kent, who recently referred to the campaign as one already begun, says his prediction is based journalist Peter Badel’s quoting of Bennet in the abovementioned news story. Badel, said Kent, would not have quoted Wayne Bennett had Wayne Bennett not already been aware of how the picture plays out beforehand. Karl Morris is in trouble, said Kent, and Bennett is the perfect way out of that trouble.

Bennett has in the meantime responded to prompts by the media by all but clamming up about the matter. He denies having spoken to anyone regarding a Broncos return, referring to Badel’s hints as pure speculation.

As for Bennett’s unwillingness to budge either this way or that, Kent said he believes this to be the case because of the Rabbitohs coach having as little as only three months ago promised South Sydney that he had no intentions of leaving their employment. Also, since the Rabbitohs are currently building towards the finals, Kent said he believes Bennett to be mindful of not derailing the South train.

Wayne Bennett is after all still on contract.

He intends to remain a man true to his word, says incoming Bulldogs coach Trent Barrett, and as such also committed to the embattled franchise. This despite Phil Gould’s dooming ….

Broncos club legend Chris Walker has said in so many words that Brisbane coach Anthony Siebold simply isn’t cut from the right stuff required to lead the club. This at ….