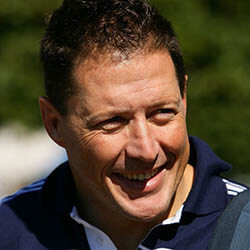 Legendary ex-Wallaby Phil Kearns, who has just been named the man to lead Australia’s bid to host the 2027 Rugby World Cup, has expressed his concerns over rugby becoming a third-tier sport in the country. What’s more, Kearns says he’s convinced that securing the rights to host the 2017 edition of the tournament could prove instrumental in ensuring the eventual survival of the game in its former glory-format.

Not only will winning the bid to host the 2027 Rugby World Cup mitigate fears over Australia heading towards a demotion, said Kearns at the time of his appointment, but a successful bid may even help the country bump itself back into first-tier class.

Australia last hosted the Rugby World Cup in 2003, and in 1987 shared the hosting duties of the inaugural tournament event with New Zealand. A global rugby force to contend with by the time the 90s and early 2000s arrived, the reality of Australia having deteriorated on the international rugby front cannot be denied.

Kearns has in the meantime dismissed talk of him considering the position of CEO of Rugby Australia, saying that despite their being several big roles available in Aussie Rugby at the moment, he regards the position of CEO of the hosting bid to be the most important calling of them all. The importance of a successful 2027 World Cup bid in terms of the country’s financial well-being in future can not be emphasised enough, said Kearns. Not to mention even when surveying the situation from a ‘junior rugby’ point of view.

Aussie journalist Paul Kent says he not only believes Wayne Bennett to be interested in making a Broncos return, but moreover, that the wheels for Bennett’s return either in 2021 ….

He intends to remain a man true to his word, says incoming Bulldogs coach Trent Barrett, and as such also committed to the embattled franchise. This despite Phil Gould’s dooming ….