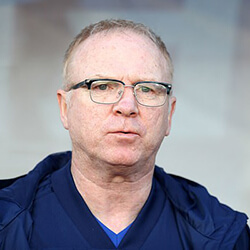 Alex McLeish has announced his retirement from the position of Scotland head coach via mutual consent. The 60 year old coach had officially begun his second stint in charge during February last year, but rising pressures due to poor performances and results recently have seen him decide to hang up the towel.

In a statement from the Scottish FA, they said that all interested parties agreed upon the decision, by both the board and by Alex. They added that Peter Grant, Stevie Woods, and James McFadden, all assistance coaches, would also be leaving their positions. The decision by everyone was finalised as part of their recent SFA board meeting that took place at Hampden, and comes shortly after the team’s disappointing start for the qualifying rounds of the Euro 2020.

They continued by saying that the board believes a change of management needs to happen in order to reinvigorate the team for their qualifying campaign after the latest loss of 3-0 to Kazakhstan for the opening Group 1 match that took place in March.

The team followed on from their defeat to a 2-0 against San Marino, which is currently the world’s lowest rank squad, and will b resuming the campaign when they take on Belgium and Cyprus, hoping to make their first major tournament finals appearance for the first time in 22 years. Ian Maxwell, the SFA chief executive, thanked McLeish and his entire team for reaching the play-offs last year.