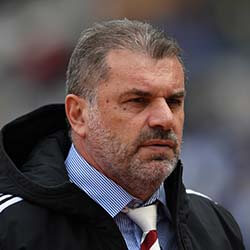 If appointed, the naming of the Australia coach will mark a significant moment in his career. The 55-year-old is a celebrated name in international soccer, having won the J-League title in charge of Yokohama F. Marinos in 2019, as well as the Asian Cup with the Australian team in 2015.

Postecoglou seems the next most likely appointment after the collapse of a deal that aimed at seeing ex-Bournemouth manager Eddie Howe appointed in the position. Celtic announced late last weak that the deal with Howe had fallen through for reasons beyond the control of the club. Celtic bosses also at the same time confirmed that they were already in talks with another potential candidate for the role.

Not only will an appointment of Postecoglou mean a significant feather in the cap of his own career, but it will also be a massive naming for a coach from Australia.

Celtic have to date won the Scottish League an impressive total of 51 times, and the Scottish Cup on 40 occasions. They were also the very first British club ever to win the European Cup back in 1967. Australia as a country has enjoyed a long association with Celtic, with several Australians currently on the club’s books.

Others potentially linked to the vacancy include John Kennedy, Steve Clark, and Lucien Favre.