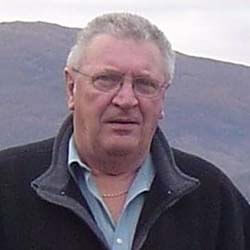 The New Castle fan who collapsed during the first half of the Premier League game against Tottenham is reportedly making solid progress. The 80-year-old Alan George Smith collapsed at St. James’ Park during the 40th minute of the game.

Panic ensued when Tottenham defender Eric Dier made his way to the touchline while urging medial staff on the sidelines to attend to the collapsed fan with a defibrillator. Both sides then convened as emergency crews rushed to the side of Smith, who was at the time seated in the East Stand.

Following a session of CPR, Smith was then immediately moved to the Royal Victoria Infirmary before being transferred to a specialist facility.

According to the family of Smith, the Newcastle fan is making “great” process and is now finally up on his feet again and walking about. Smith’s son Paul confirmed he would remain in hospital for a few days in order for further medical assessments to be carried out.

At the time seated in the Gallowgate stand had been Doctor Tom Prichard, who said he had noticed something “going on” with the fans present in the East Stand.

Pritchard said after he had made his way over to offer assistance, he immediately proceeded with CPR. He said administering a shock with so many people around an in such a crowded space was a first for him.

Pritchard said the quick response by St. John’s Ambulance service had meant the difference between life and death for Smith.