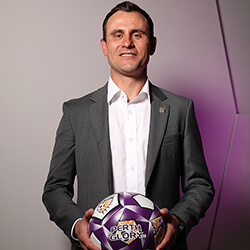 A lightning storm raging around a game with a minute’s worth of playing time remaining on the clock on Wednesday evening had Perth Glory coach Richard Garcia seething with a mix of frustration and confusion.

Garcia was visibly frustrated after a 1-0 loss to Sydney, saying he was “baffled” by the early calling off of the match at Jubilee Stadium. After the lights went out briefly due to lightning striking around the stadium during the 89th minute, with another four minutes remaining in terms of remaining and injury time, the game was promptly called off over safety reasons.

A-League rules allow for the result to be deemed as if played in full if a game is abandoned at any point after the 45-minutes mark.

Sydney FC were leading by a single goal from early in the second half, with Perth Glory goalkeeper Liam Reddy keeping the damages to a single point for most of the match.

The Glory were however playing a game of an altogether different colour off desperation to remain among the top six.

What appeared to irk the Glory coach most of all was the fact that players were after the prematurely called-off game allowed to convene on the field for post-match interviews. Garcia said he could not fathom why this would have been allowed whereas the actual game had been called off over poor weather.

Garcia said that although he was all “for player welfare”, he simply could not get his head around what had happened during decision-making time.