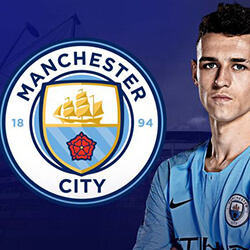 Manchester City has moved forward to the final of the Caraboa Cup after achieving an aggregate of 10-0 against League One Burton during the semi-final of the event.

The tie had already come to an end thank to City’s stunning 9-0 first leg victory, but Pep Guardiola had still named a number of first team stars for the weekend lineup. Sergio Aguero scored the only goal for the night thanks to a pass from Riyad Mahrez in tandem with a strong play by Kevin de Bruyne. Burton had a chance with a shot cleared off the line by Will Miller.

Manchester City, who are EFL Cup holders, are now set to take on either Tottenham or Chelsea for the final of the Caraboa Cup. Spur City’s victory in the first game made the second round, which was played in freezing weather. It was one of the lowest key semi-final competitions that the team has seen in a whole.

Gaurdiola named the youngest XI in over ten years, with a total of eight changes from their Premier League over Huddersfield. The three lineup regulars combined for their goal, with de Bruyne playing deep midfield as he recovers from an injury. He played a long ball to the right for Mahrez, who then found Aguero – and City’s top-scorer of all time finishing it off for his team.

Aguero, who missed a chance to make it to 2-0 during the second half, has scored in the last five of his six League Cup appearances.