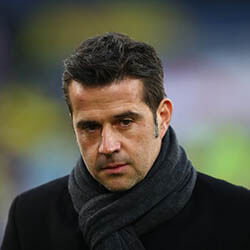 Everton has fired manager Marco Silver after he took on the role 18 months prior, with the club currently in the relegation zone of the Premier League after their recent humiliation at Merseyside. Their latest defeat at the hands of Liverpool, 5-2, marked the ninth loss for the club of the season, which left them at 18th place in the Premier League roster, along with being their third successive loss.

Silva, who first took charge of the team in May last year, had won and lost 24 games each of the 60 matches that he had been involved in. One of the candidates that may be succeeding the former manager could be compatriot Vitor Pereir of Shanghai’s SIPG. In the meantime, former striker Duncan Ferguson has taken charge temporarily and will be managing the team on the side for their upcoming games. The club has stated that they are currently looking to appoint a new manager as soon as they can.

They will be searching for their fourth permanent manager since Roberto Maritnez lost the job in May 2016. Former manager David Moyes has also been considered as a successor in the interim, but the suggestion has also sparked a number of negative reactions from supporters, and fans will have to wait to see if majority shareholder Farhad Mashiri and his colleagues will ignore the backlash and invite the 56 year old to return to the position, having held it for 11 years prior.