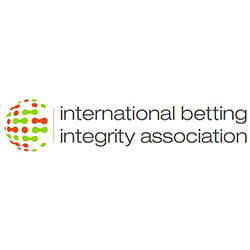 International Betting Integrity Association the IBIA has made an urgent call for the legalisation and regulation of in-play sports betting in Australia. A lack of regulation is currently doing nothing more than to stimulate an offshore black market contributing absolutely nothing to the country in return. In-play (live) sports betting is currently only permitted at official Australian retail outlets, and via telephone betting.

The call from the IBIA comes after an announcement made by the Australian Sports Wagering Scheme (ASWS) relating to its plans of launching a national regulatory framework for the specific purpose of boosting integrity in amateur and professional sports in the country. Noteworthy is that the ASWS has not made any mention of in-play bets in its announcement.

Consumers continue to support outside operators, and most notably foreign Asia-based bookmakers, for a lack of the convenience of local options in the alternative. Not only will local regulation address the multiple issues typically associated with illegal third party-operator bets, but legalisation of a live in-play Australian betting market will also create an enormous stream of additional national income from taxes levied on gaming- and betting-related revenue.

A lack of regulation not only affects the market in terms of income forfeited as a result of blatant ignorance, but it also negatively impacts the local regulated gaming and betting market, said the ASWS in its address.

It is at this stage of the game crucially important that government sees the “bigger fiscal picture”, said the association.

Kohlberg Kravis Roberts is a giant in the global private equity industry who recently made headlines when it purchased an AU$4 billion stake in the Ultimate Fighting Championship. The organisation ….

Officials have recently announced that New South Wales, the most populated state in Australia, will be opening up more of its sporting facilities as of the middle of this month. ….