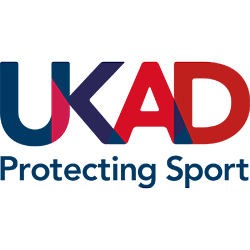 UK Anti-Doping Agency Ukad has embarked on a fresh spree of retesting local cyclists’ urine and blood samples. This following the verdict of guilty handed down to former British Cycling and Team Sky doctor, Richard Freeman. The ruling was handed down after Freeman was found guilty of having ordered a dose of banned steroids (testosterone) for a British rider.

Disappointing is that over a third of all doping samples retested by Ukad over the past 10 years have been samples taken from British cyclists. This makes British cycling the one sport most retested – trumping even athletics. From the 422 blood and urine samples tested for illegal and/or banned substances since 2011, at least 141 had been samples taken from England’s cyclists.

Ukad’s recent increase in tests performed on samples can be put down to several factors, with the most prominent being a fresh recognition of the need to analyse and reanalyse in the wake of the Freeman scandal. The organisation is now embroiled in a race against time, having been tasked with ensuring that samples are tested and retested before the end of the 10-year statute of limitations. This has become crucial within the context of retesting British athletes and cyclists who have competed at previous Olympic Games and who are now set to compete in Tokyo.

The UK agency has also defended its slow approach to retesting by saying that the benchmark of anti-doping testing success has never been determined by drawing comparisons with how regular other world anti-doping watchdogs are performing tests and re-tests. Instead, said Ukad in a statement, its own approach and strategy are evidence-based and backed by science.

A 21-year-old from Florida in the U.S. has made history by becoming the first person with Down syndrome to make it all the way to the finish-line of an Ironman ….