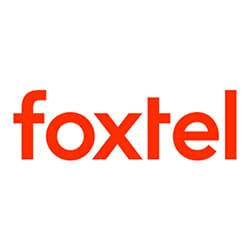 The AFL has confirmed having extended its broadcast agreements with partners Telstra and Foxtel for at least three more years.

Foxtel’s broadcast deal was initially set to run only until the end of 2022, but will thanks to the extension now run through at least the end of 2024. The agreement will allow Foxtel to broadcast all matches across subscription television as well as digital platforms.

According to league Chief Executive Gillon McLachlan, the deal, which follows a similar extension for the same period with the Seven Network, can be expected to generate $946 million over the two years now added to the existing contract. McLachlan added that especially after such a challenging year, a deal of this size represents a significant vote of confidence in the AFL, its code, and its players.

Echoing McLachlan was Foxtel Group CEO Patrick Delany, who commended the relationship and the goodwill between the group and the league. The extended deal confirms the group as the “go-to” destination for fans of footy, said Delany, before adding the latest development was indeed a great end to a roller-coaster year.

McLachlan also once again reiterated the commitment made by the AFL to transform Marvel Stadium in to one of the top sports and entertainment destinations in the world. The partnership with Telstra, said the AFL boss, further boosts the league’s ability to honour this commitment by bringing footy fans an experience that is both digitally-connected as well as at the forefront of technological innovation.

The AFL this week confirmed that players will henceforth be sidelined for at least 12 days following a severe concussion and/or head injury. The stricter protocols will apply to the ….

Former Richmond AFL premiership coach Mark “Choco” Williams will four years after he departed the Tigers be returning to an AFL club. Melbourne on Tuesday confirmed having signed Williams as ….

Rapport Between Pies And Treloar “Toxic”

Adam Treloar’s relationship with Collingwood, so says a prominent sports reporter, can only be described as “toxic”. The source of the theatrical show of drama currently at play between the ….

Early-exiting Magpies star player Dayne Beams has for the first time spoken out about his severe battle with addiction. Beams is currently involved in talks regarding the possibility of an ….

Cy Walsh, 31, the son of murdered Adelaide Crows Australian Football League coach Phil Walsh, has reportedly received the go-ahead from court to join his mother on day-trips out in ….