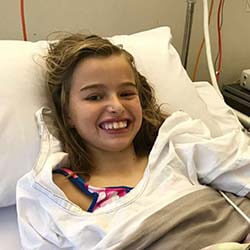 During Thursday night’s game, Fremantle fans joined forces to pay tribute to superfan Milli Lucas who lost her battle with cancer earlier this year. In the 14th minute of the game, in the first quarter, the entire Optus Stadium rose to their feet during the Geelong versus Fremantle game and begun to applaud the memory of Milli.

The gesture has been described as beautiful and was all the more fitting because the stadium was her happy place, it was a place she liked to visit that would bring a smile to her face. The game was also a fitting set-up to honour her as it was the 19th annual Starlight Purple Haze Game. This game aims to raise funds for the Starlight Children’s Foundation with the Dockers. The players also wore special Milli Tribute Jumpers. Milli’s mother Monica Lucas has stated that she is grateful for all that the club had done and does not know how to even begin thanking them.

The Geelong Cats were able to move up the AFL ladder after securing a 69–point win over Fremantle. While Fremantle was on their home ground where they generally win, they were no match for the Cats.  This victory is sweer as the Cats have already lost four games this season. Adding to the thrill of the game is the fact that the first goal scored by the Cats happened to be its 200th for the season.

The Cats will be facing off against Richmond next Sunday, while Fremantle is set to play against Sydney this Saturday, if they are able to move the location of course.