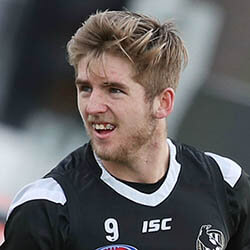 It was confirmed in August 2018 that Sam Murray was being investigated by the Australian Sports Anti-Doping Authority, and he was provisionally suspended after returning a positive test in that season. The Collingwood player has since received an 18-month ban by a tribunal for the AFL. But he will be free to join the 2020 competition when this lifts in February next year. The code states that parties may start an appeal within 21 days of the written reason being delivered, with the World Anti-Doping Agency having some subsequent appeal rights also.

The AFL Players’ Association released a statement saying that the sanction of fewer than 2 years from the tribunal is an acknowledgement that the player’s anti-doping code breach was unintentional. It is being admitted that there has not been any significant fault or negligence committed by Murray.

He released a statement accompanying this one thanking the Players’ Association and mentioning specifically the support of his family, friends, and the Collingwood Football Club. He revealed that he has time to reflect on his values over the last year and that he is now more committed to an AFL career than ever before. He pledged to focus on doing everything in his power to keep that dream alive. Murray ended off by saying that he would be waiting for the Tribunal to deliver the full reason behind its decision and that he would be in a position to make more comments on the proceedings at that time.

AFL Players Will Compromise–But On Condition

AFL players playing for Australia’s ten Victoria clubs are in agreement with the league’s plan to cram as many games into the next couple of weeks as possible, says AFL ….

South Australia has seriously hampered the Australian Football League’s season restart timeline. This is after they told the League that no quarantine exemptions will be given to players from Adelaide ….

Nathan Charles Buckley, Australian Football League coach as well as former player and mentor, wants things to get back to normal and is making no bones about how we can ….

The resounding success of The Last Dance, an American sports documentary miniseries focusing on the Chicago Bulls from 1997 to 1997 has sparked interest on this side of the pond. ….

Mick Malthouse, the legendary coach for the Australian Football League, was the first person to take aim at the association regarding how it is approaching a restart in 2020, and ….