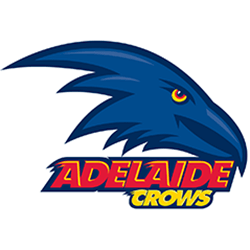 The Adelaide Crows have been fined a whopping $50,000 after players and staff failed to correctly wear their face masks on a flight back home from Sydney after playing Richmond at the Giants Stadium last weekend.

The incident was investigated by the AFL and the Crows after a tip-off was received from a fellow-passenger on the flight about members of the contingency not following the rules of appropriate mask-wearing. The full $50k penalty will reportedly be included in the club’s soft cap for the year.

According to a statement issued by AFL general counsel Andrew Dillon, it is the view of the league that there is simply no excuse for anyone to not be abiding by the rules and regulations. The club’s responsibility remains first and foremost with protecting the health of community, said Dillon, who added that the rule has been in place long enough for there to not be any excuses for missteps of this nature.

Crows CEO Tim Silvers this week said the club has taken full acceptance of the penalty and owns the error and lack of judgement shown.

Silvers also referred to a certain measure of complacency, saying the fine should now serve as a reminder for players and staff to be committed to playing their part to try and limit the spread of infections. He said playing games during times like these are a privilege and that clubs should act accordingly and with the necessary care and caution.

This year’s AFL season has shuddered to a sudden halt in the wake of new COVID-19-related restrictions announced by the state of Victoria on Tuesday. The AFL is now awaiting ….

Harris In Search Of A Club After Talks Fail

AFLW player Tayla Harris is in search of a new home after pay-talks broke down irretrievably with management at Carleton. Blues coach Daniel Harford disclosed the reason for Harris’ departure ….

New eyewitnesses have now come forward in the AFL’s investigation of a scuffle involving two Tigers players at YoYo nightclub. According to the latest eyewitness information, both Shai Bolton and ….