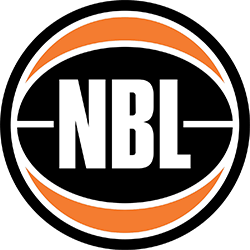 They hail from different countries on the continent, of which there are 54, and their reasons for leaving are all different, but African Basketballers are becoming a force to be reckoned with in the National Australian League.

Almost every team now has at least one player with an African background and Sunday Dech, born in Sudan, is currently shaping up to be one of the League’s most promising players. Southland Sharks coach Rob Beveridge has described this rise as one of the game’s most exciting developments.

For a long time, players imported from the United States of America made up the majority of ethnic diversity in the game, but recently things have changed. Dech’s nomination for Defensive Player of the Year and Most Improved are evidence that he’s not just adding cultural diversity to the NBL but, along with players of a similar history, is making a significant impact.

Beveridge is at the forefront of the development of young talent in Basketball and couldn’t be more excited about this increase in African players. He is awestruck by how talented they are and says that their love of the game is matched only by their skill at it.

Beveridge waxed lyrical about these players’ potential and said that the very same development Basketball is witnessing in African countries is evident in Australia not too. He spoke of how the game appeals across a range of different cultures and said proudly that it’s becoming the second-most popular sport on earth after Football.