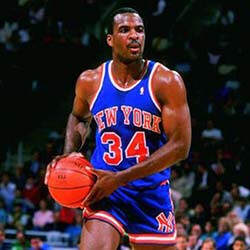 Former New York Knicks star Charles Oakley has reportedly applied to add team-owner James Dolan as a defendant to his battery and assault lawsuit against Madison Square Garden arena and entertainment company. According to court documents obtained by a prominent sports newscaster, Oakley is accusing Dolan of having orchestrated an attack on him in Feb. 2017.

Oakley was at the time of the incident removed from a Knicks game by security staff in the employment of Madison Square Garden. The order to eject the former Knick had apparently been issued by Dolan, who at the time accused Oakley of taunted and jeered him from a nearby seat. The Knicks shortly after the incident issued a statement expressing the hope that the former player would soon get the necessary help – while implying, supposedly without any valid basis, that Oakley was suffering from a problem with alcohol.

Oakley originally filed the lawsuit in in Sept. 2017, only to have it dismissed by a court earlier this year. He has however now applied to appeal the decision because of his conviction that Dolan had in fact launched a planned assault on him. Madison Garden, the NY Knicks, and Dolan have all in the meantime rejected Oakley’s claims and accusations, saying that the former player alone was to blame for the confrontation with the arena’s security staff.

Charles Oakley is however not the only high-profile Knicks fan to have had a serious beef with Dolan. Acclaimed film director Spike Lee earlier this year said he would no longer attend home games following a clash with security personnel over the use of an elevator at the arena. Lee claimed to have been harassed by Dolan following the incident, adding that he did not know what his (Dolan’s) scrap was with him.