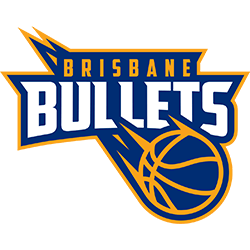 As the Brisbane Bullets continue building their roster for the 2021-22 NBL season, they have announced that they have signed Isaiah Moss. 24-year-old Moss is a graduate from the University of Kansas and will be moving to the Bullets from the New Zealand club Otago. He averages 21.5 points a game.

James Duncan, coach of the Bullets, believes that Moss could be the team’s dynamic weapon in the next season. He adds that Moss is the right character fit for the team and has all the qualities that they are looking for when it comes to players. The team is excited to see what he brings to the table.

Moss has been reported as saying that he is excited to meet his team and get to work. He is thrilled at having the opportunity to play in one of the best competitions in the world. He has heard so many things about Brisbane fans as well as the city, all positive and adding to his excitement of joining the team.

Team manager Sam Mackinnon is also looking forward to seeing how he contributes to the team, having seen how Moss is able to create his own shot and play out of structure. He believes that his career will continue to grow and flourish under Duncan’s guidance.

The Bullets have also signed former Illawarra Hawks player Deng Deng as well as Jack Salt. They hope to add Vic Law and Lamar Patterson to their already impressive line-up. Law is currently recovering from surgery while Patterson is in Brisbane to play for the Southern District Spartans.