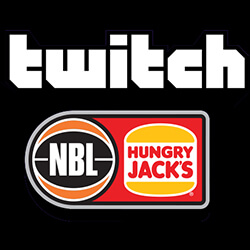 The National Basketball League will become the first Australian sporting body to start streaming their games internationally on Twitch after signing a two-year deal with the streaming platform. The announcement is in line with the NBL’s goal of attracting a larger, global audience, and coincides with the league’s recent streaming deal that they made with Facebook.

Under the agreement, all NBL matches will be streamed on an international level using the official NBL Twitch channel, and will also be co-streamed, giving followers a chance to provide commentary on their own Twitch channels. There will also be other features included, such as polling implementation and stats, giving users a more involved experience. The Twitch steam of the latest Illawara Hawks versus the Perth Wildcats game at the recent NBL Blitz that took place in Tasmania attracted a total of 184000 unique visitors.

NBL Commissioner, Jeremy Loeliger, told reporters that their new partnership with Twitch is revolutionary for Australian sports, and reinforces the NBL’s status as a global entertainment service. He added that not only does it take their product to a new audience across the world, but by allowing their games to be co-streamed by those in the Twitch community, it also means the games will be delivered in a way that’s more engaging to the audience.

Eric Brunner, head of Sports Verticals at Twitch, said that it was awesome to work with the NBL as the first sports body to understand the community behind Twitch.