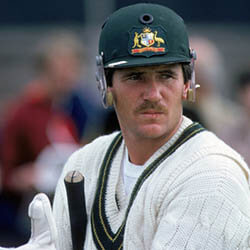 Australian cricketing veteran and commentator Alan Border has lashed out at India’s suggestions regarding the pushing back of this summer’s Sydney Test opposite the Indian National side. Border said in so many words that he regarded the suggestion selfish and an attempt by India to play mind games with Australia.

India has requested that the traditional Test held each year at the SCG not be played in its usual New Year’s Day Test timeslot. Instead, India cricket is demanding the test be pushed back all the way to January 7 – with the excuse being that its players will by then be in desperate need of a break coming off a harrowing IPL followed by the annual Boxing Day Test.

But pushing the Test back and well into January will mean that the series won’t be due to draw to a close until around the 19th or 20th of January 2021. This could potentially cause the fourth Test in Brisbane to clash with the Big Bash League as well as the Australian Open.

Border has however told a prominent sports news broadcaster that India’s request should not even be considered as being a request in any way headed for the negotiation table. India wanting off-time between Boxing Day and New Year’s Day is a “rubbish” excuse and request, said Border.

The prominent cricket commentator went on to say that India is a country notorious for considering themselves the “strength of world cricket”. This, said Border, may be true from a financial point of view, but it certainly does not allow India to make and break long-time rules and traditions as they go.

Aussie coach Justin Langer says he isn’t at all keen on the possibility of two international competitions being played simultaneously by his team early next year – a situation he ….