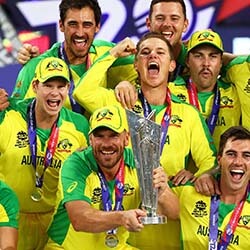 Disheartening news is the cancellation of Australia’s T20 tour of New Zealand due to Tasman border restrictions.

Australia had been booked to play three matches in Aotearoa in March, which matches would have run simultaneously with the country’s Test tour of Pakistan. But since New Zealand Cricket (NZC) failed to organise quarantine places for the visitors in good time, the T20 matches have now been scrapped from the calendar.

According to NZC chief executive David White, at the time of the booking of the visit, there had been the expectation that the trans-Tasman border would be opened in time to accommodate the matches. NZC however on Tuesday released a statement confirming that plans to open the border had been “substantially” delayed. As such, NZC has had no other option but to scrap the four-day-long series.

Both New Zealand Cricket and Cricket Australia have however now expressed a commitment towards rescheduling the tour. A spokesperson for NZC has said the organisation remains positive about the rest of the summer’s cricket being played without further hiccups – this despite a continual rise in positive cases in the country.

The White Ferns are due to play against India as part of a short-format series ahead of the start of next month’s ODI Wold Cup. The Black Caps, meanwhile, are planning on hosting South Africa for two Tests later this month. They’ll also be hosting the Netherlands for a while-ball tournament in March.

All expectations are that these tournaments will go ahead as planned.