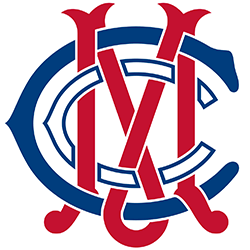 Health and safety protocols will be implemented at the Melbourne Cricket Club for this year’s Test. While no capacity limits will be implemented, fans will be required to provide proof of vaccination at the gate and will be urged to wear masks, said MCC CEO Stuart Fox.

Fox said while provision had been made for 90,000 people to attend the proceedings, the anticipated figure based on ticket sales is around 70,000.

Health and safety protocols will include vaccination checks at the gate and at some restaurants in the Members Reserve, cashless pay-points at restaurants and bars, and entry granted only to children accompanied by a fully vaccinated adult.

While the wearing of masks won’t be mandatory on the day, Fox said this would be encouraged as a matter of personal responsibility. He said folks should by now be used to wearing masks when out in public and especially in congested areas.

Prime Minister Scott Morrison on Wednesday “strongly” advised the wearing of masks as well as the ongoing use of “common sense”.

According to Professor Nancy Baxter, who is the head of the Melbourne School of Population and Global Health, while it would be safest for everybody not to stage the event at all, balance is admittedly desperately needed right now because of the way the global health crisis has unsettled so many important parts of people’s lives – including sport.

She however cautioned that care should be used, and masks must be worn.