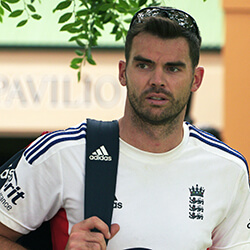 Although Jimmy Anderson has entered the record books for how many wickets he’s taken, this year’s New Year’s Honours list did not feature his name. The player has apparently been denied a knighthood because of the threat of ridicule from Australians during the 2021 Ashes series.

Anderson was the first fast bowler to take 600 wickets in Test games in 2020 and currently occupies the fourth position on the All-Time list. He ranks just after Muttiah Muralitharan, Shane Warne, and Anil Kumble, although he looks likely to supersede Kumble this year.

Anderson is also one-half of one of the finest player partnerships in the history of Cricket, along with Stuart Broad. It was reasonably expected that he would join the ranks of his fellow skippers Sir Alistair Cook and Sir Andrew Strauss by receiving Queen Elizabeth II’s most prestigious honour.

But reports indicate that Anderson is going to have to sit tight for another year before he can add the title of Sir to his moniker. This is because everyone is convinced he’s going to get mocked within an inch of his life when his team faces off against Australia at the end of this year.

This is likely because of the fateful decision to award MBEs and OBEs to the entire English team for winning in 2005. The following year, the squad took a hammering from the Australians in a whitewash of that ended in 5 – 0. It looks like the jeers from spectators at these games when each player was announced with MBE tacked on to the end of their names still stings!