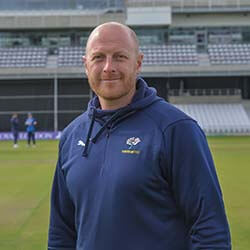 A racially charged reply tweeted 11 years ago could very well now lead to a loss of employment and reputation for Yorkshire head coach Andrew Gale.

Gale, in a reply at the time to Leeds United Head of Media Paul Dews, mentioned the words “button it yid”, a term deemed deeply offensive to the Jewish community. The message made its way into the public domain as part of the recent racism and discrimination drama involving Yorkshire’s handling of the allegations made by Azeem Rafiq.

The 37-year-old Gale claims to have been wholly unaware of the negative and offensive connotation, and this week told a Jewish newspaper that the post had been deleted just as soon as he had been made aware of its real meaning. But it now seems like a case of too little, too late, with Gale facing the possibility of a sanction from his overlords at the club.

According to a statement issued by the club earlier this week, Director of Cricket Martyn Moxon has been temporarily relieved of his duties due to illness related to stress. Moxon is one of two top hats named by Rafiq as part of the negative culture at the club. He’s called for resignations by both Moxon and club CEO Mark Arthur.

While both men remain in the employment of the club for the moment, they’ll likely have their roles reviewed as part of new chair Kamlesh Patel’s upcoming investigation into the club’s management and player policies.