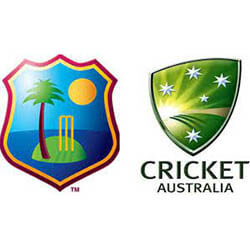 Australia and the West Indies have officially postponed the upcoming T20 series originally scheduled to be played in Queensland in October over the possible health risks associated with continuing with the series as planned.

The original schedule would have seen Australia play host to a series consisting of a trilogy of warm-up matches ahead of the Australia T20 World Cup. The International Cricket Council has however now classified the series as “high-risk” in the face of recent developments. Cricket Australia confirmed the decision in an official Tweet early on Tuesday morning, adding that the series will instead be hosted in such a way that it “coincides” with the rescheduled T20 Aus World Cup. The T20 World Cup will be played in either 2021 or 2022, with no official date having been confirmed as of yet.

The ICC has already postponed Australia’s ODI series against Zimbabwe. The series was initially scheduled to commence on Sunday but has for similar reasons also been pushed out to a future date yet to be announced by the board. And the very same went for the two-Test tour of Bangladesh planned for June. The tour was originally scheduled to form part of the ICC’s World Test Championship.

A secondary motivation for the postponement of the October series has been confirmed as Cricket Australia having feared an international schedule collapse following a change of schedule announcement with regards to the upcoming Indian Premier League. The IPL will now run from September 19 up to and including November 10. The competition will be played in the UAE.

Limited overs skipper Aaron Finch has expressed feeling concerned about the general state of mental health experienced by the country’s cricketers during confinement to bio-security bubbles. Finch will start on ….