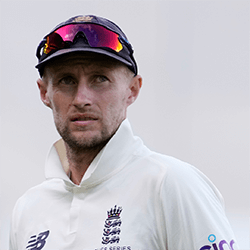 Aussie cricketing great and IPL coach Ricky Ponting has apparently slammed England captain Joe Root for his captaincy – or rather, lack thereof. Ponting openly questioned Root’s leadership abilities, and especially that of standing firm against his senior bowlers on issues of strategy.

Meanwhile, England’s Ashes tour continues to go from bad to worse. The tour next heads to Melbourne for the Boxing Day test – with England in desperate need of a miracle to climb their way back from 2-0 down.

Root is obviously one of the players under the most pressure right now – along with England coach Chris Silverwood. Several questions regarding strategy and selection remain up in the air and something of an Achilles heel for the pair.

According to England bowling coach Jon Lewis, the side’s quicks were told to bowl fuller on day one. They however raised an opinion that there had not been “enough swing” when they did so.

Ponting told a prominent Australian cricket publication how he had “nearly fell off (my) seat” when he heard Root’s comments about bowling having been too short. The cricketing great said he wanted to know whose job it had been to make the necessary changes, if not the captain’s.

Pointing apparently also pointed out that England’s best period with the ball had been when Root had been off due to injury.