Australia’s ODI Versus England May Be Cancelled 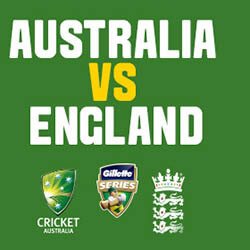 The travel ban that Australia has put in place recently could lead to the One Day International Cricket series against England getting abandoned. This is due to the game’s governing body’s plans to prioritise the Test series against India.

There are concerns that the travel ban instituted as part of our response to the novel coronavirus COVID-19 pandemic may need to stay in place until the final quarter of 2020. If this turns out to be the case, the Baggy Greens will need to get special dispensation for the ODI against England. The latter are scheduled to host a White-Ball series against us in the summer.

A spokesperson for the Australian Cricket team revealed that the Tour to the United Kingdom is still scheduled to unfold in July and Cricket Australia will take direction from the government as well as guidance from the medical sector before they even consider the possibility of overseas travel.

But the England and Wales Cricket Board is now considering moving the June Test Series versus the West Indians back a month. Their counterparts in that country are prioritising that Series over their home undertakings against New Zealand and South Africa, and the six Australian fixtures are getting rescheduled by the ECB into a slot in September.

But Cricket Australia’s focus is safeguarding the Indian Tour Down Under at the end of 2020 because it will cost them almost AU$300million should it get cancelled. That’s about 60% of their annual operating revenue!