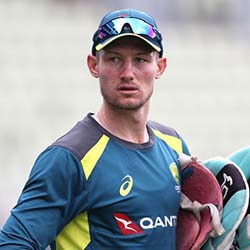 Australian batsman Cameron Bancroft this week opened up an all-new contentious can of worms by suggesting that Australia’s bowlers were fully aware of the ball-tampering tactics that landed then-captain Steve Smith in hot water in Cape Town in 2018.

Cricket Australia has now said that it remains open to any new information regarding the 2018 scandal.

Bancroft was banned for nine months for his role in the unsavoury incident, while Smith and deputy skipper David Warner were stripped of their leadership roles and slapped with year-long suspensions.

While an investigation by Cricket Australia had at the time declared the rest of the team clear of wrongdoing, Bancroft on Friday revealed wider involvement in an explosive interview with The Guardian.

Cricket Australia in a statement released on Saturday, in response to Bancroft’s controversial revelations, emphasised that the board had all along maintained that any new information held by anyone should be brought forward and presented for an inquiry and further investigation. The cricketing body said that the investigation conducted following the 2018 incident had been detailed and thorough, and that there hadn’t been any new information presented by anybody since.

After Bancroft had been caught red-handed and on camera tampering with the condition of the ball by using sandpaper during Australia’s Test against South Africa, he tried to lie about the incident in a press conference shortly after by saying he had made use of “sticky tape” covered in dirt. Smith however later admitted that the plan had been to use sandpaper all along, and furthermore, that said plan had been concocted by the team’s leadership.