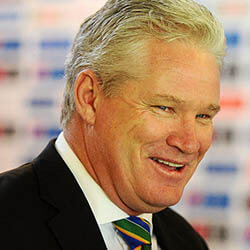 Dean Jones, the legend of Victorian Cricket, has instigated a blistering attack on game administrators in the state that he calls home. He says he’s been hurt and offended by them.

Questions arose after Jones recently asked that his name be removed from Victoria’s One-Day-Player award and rescinded his lifelong membership from the state he was once captain for. It’s been revealed that he’s upset by being overlooked for two coaching positions, with the Melbourne Renegades and the Melbourne Stars.

Jones has termed it a lack of culture, strategy, and vision by the CV administration and stated that he’s hurt by how he’s been treated. He said that he spent two decades playing for Victoria and was proud to have done so, but the Five-Step Plan they’ve put in place to unfold between 2017 and 2022 is incredibly wrong. He said they wanted to be the state’s No. 1 sport but there’s no question of that happening thanks to the Australian Football League.

He went on, saying that CV wanted to make permanent Australian players, but there isn’t one competent athlete on our national team besides Aaron Finch, the captain. He said that they removed the two teams from Eddie McGuire and have lost millions of dollars in sponsorship as a result.

Jones said the administration’s handling of things has missed the mark, making specific note of the fact that their budget costs of AU$2 million in 2019 didn’t even get the Victorian team a pre-season tournament.