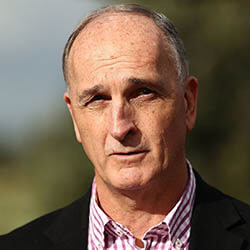 Greg Dyer, Chairman of the Australian Cricketers Association, has made no bones about how he feels about Cricket Australia’s slash-and-burn approach to tackling the impact of the novel coronavirus COVID-19. He’s come right out and said that he fears that it will have catastrophic consequences on the game’s health over the long-term.

Dyer, who’s also a former Test wicketkeeper, has been at the heart of talks between the ACA and head office since Kevin Roberts, Chief Executive Officer of CA issued his warning last month. Roberts announced that Cricket is heading down a very slippery financial slope and urgent action should be a priority.

So far this has included most of CA’s staff standing down on 20% pay until June 30th and redundancies being identified at Jolimont. This is in addition to the prompt to have state associations accept a 25% pay cut to their distributions, which will, unfortunately, lead to job losses nationwide.

New South Wales and Queensland are still resisting this action, quarrelling with CA’s cash projections as they become more confident about the Indian tour scheduled for summer. These two states have also rejected Roberts’ admonition that the game looks likely to have emptied its coffers by August.

The Players’ Association has taken a very similar position, and Dyer recently weighed in in his personal capacity regarding CA’s contentious response to COVID-19. He’s said that it’s shown how over-centralised and costly the game’s structure has become and that these issues need to be addressed.