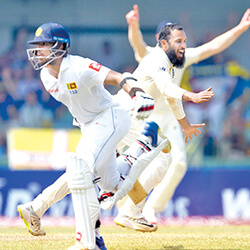 England has completed a 3-0 series whitewash against the West Indies thanks to a 135 run in their latest match against the visitors during the final game of their one-day international series that took place at Chelmsford.

Sarah Taylor claimed 70 as Amy Jones hit 80, allowing the team to post a total of 258-4 in 39 overs. Kate Cross took 2-16 while the West Indies finished the day with 131-9 after chasing a goal of 267. The victory has earned the English team two more points in the International Cricket Council’s Women’s Championship, and has given them the opportunity to participate in the 2021 World Cup.

Taylor, who scored only 3 for three innings in India and 27 for the opening games of the series, was stating to come under pressure. Any questions about her ability on the field were quickly put into place after she made 70 off of 61 balls. Her performance on the field comes just as the team prepares for the upcoming Women’s Ashes Series.

Jones, who is player of the series, hit a total of six fours and a six as part of their ascent to the highest innings for a women’s ODI of all time. This comes after England had rotated the team and to rest key all rounders Nat Sciver and Katherine Brunt. Bryony Smith joined for her ODI debut, and did not concede a single boundary for eight overs and she proved a competent player all around.

Australia and the West Indies have officially postponed the upcoming T20 series originally scheduled to be played in Queensland in October over the possible health risks associated with continuing with ….

Langer Says Aus Must Do England In September

If the health of world cricket is going to be maintained, then Australia must tour England in September. This according to Australia head coach Justin Langer, on the topic of ….