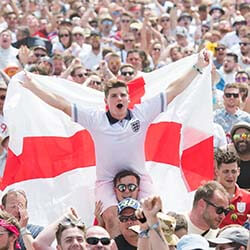 It now seems England fans will have no other choice but to become accustomed to seeing opening batsmen not quite as consistent as guys like Hobbs, Washbrook, Sutcliffe, Cook, or Strauss. And while Dom Sibley and Rory Burns certainly have the drive and the talent, their techniques continue to disappoint when compared to the consistency fans have seen from their predecessors.

Even so, Burns and Sibley have both emerged much stronger on the leg side of things. And in Australia, with the view on the Ashes in particular, that’s a perfectly sterling place to start, and much more so than in most other countries.

Still, winter seems to be shaping up as a time of little sleep for English supporters – and especially so with guys like Josh Hazlewood and Pat Cummins being in the mix for Australia. For them, inconsistency is very much part of their techniques.

Burns during his opening test in New Zealand made a return to his best play after an average of 20 runs in his four test innings against Pakistan last summer. Also, all season long so far he’s scored particularly well in his role as skipper of Surrey.

Sibley, on the other hand, has become all too consistent in all the wrong ways since his partaking in the company formed by Joe Root for England’s convincing victory in Chennai. He has however been working on his technique all winter long, which certainly should count for something.

If anything, summer is quickly shaping up to be an exciting time indeed.