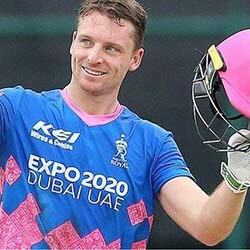 Although the organisers of the Indian Premier League are said to be eyeing a possible window for resumption of this year’s competition in September, it’s likely to continue without any players from England. This after England team director Ashley Giles minced no beans about the fact that international cricket must now take centre-stage.

This year’s IPL was recently postponed indefinitely after several members of staff as well as players returned positive tests. India is currently in the grip of a massive daily rise of infections, which also means that the competition, when and if it resumes this year, will likely be played elsewhere. The UAE, where the competition was played last year, is at this stage of the proceedings looking like the most likely alternative in terms of a replacement location.

If indeed the competition were to be resumed in September, as envisaged, it will clash with England’s white ball tours of Bangladesh and Pakistan – with both tours regarded pivotal preparation events for the upcoming T20 World Cup.

Giles said earlier this week that despite the previous leeway granted to English players to join their respective IPL franchises, the same consideration won’t be granted with Bangladesh and Pakistan in the picture. The cricket boss said if those tours were to continue unhindered, then English national side players will be expected to attend and compete.

Giles did however add that England may look to add a few new faces to the squad yet – all depending on what happens during next month’s New Zealand series.