FICA To Take ICC To Court Over Image Rights 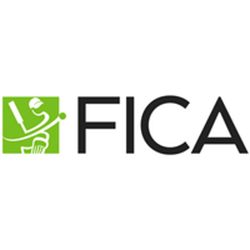 Concerns were raised with the ICC over a year ago, but according to former South Australian Sheffield Shield cricketer and current FICA chief executive Tom Moffat, the international cricketing body has not shown any interest in negotiating a fair outcome. According to Moffat, players were dissatisfied after it emerged that commercial rights organisations were using their images illegally. This, according to FICA, constitutes exploitation beyond the limits of players’ contractual benefits and obligations.

Since there are actual principles of fairness at stake, said Moffat, FICA has not been able to see any alternative way forward other than commencing with actual legal proceedings against the ICC. The ICC simply does not have a blank canvas to turn a profit off the use of player images without the consent of those players, Moffat explained.

Moffat also stressed the importance of the commercial rights of players being respected. He said all arrangements around the use of player images and attributes should be conducted in a manner that is fair mutually beneficial. This fact that this is far from what is actually happening at global level right now – and has been happening for quite some time now – is lamentable, said Moffat, and a situation that must now be resolved without further delays.

The ICC has not yet responded to Moffat’s statement.