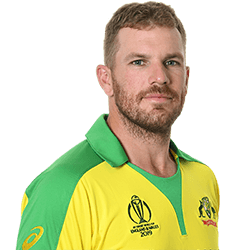 Aaron Finch, Captain of our Baggy Greens, is confident that South-African born teammate Marnus Labuschagne’s exceptional Test form will continue when he makes his One Day International debut on the three-match Indian tour starting soon.

The player shot up to the No. 3 on the list of ICC Test Batting Rankings with the help of a record 896 runs by Australia across five Test matches at home over the summer. HIs incredible performance saw him being called up to our national ODI squad for the first time, and the team is already headed to India for the Series opener set to take place in Mumbai on the 14th of January.

It’s a tough inauguration for Labuschagne, being initiated into the arena of International Limited Overs by playing against the No. 2 team in the world in its home conditions. But Finch is sure that the 25-year old superstar-in-the-making will be able to translate his form into the new-for-him setup on the subcontinent.

Finch said that he knows for a fact that Labuschagne will not be overwhelmed by the occasion, calling his return to Test Cricket after missing out on the Ashes’ start unbelievable. The captain described the young player as showing outstanding form and said that Labuschagne proved himself more than capable of playing on slower wickets that spin out a bit. He added that how easily Labuschagne accomplished this role for Queensland is what got him to the Baggys in the first place, then his current form confirmed that the decision was the right one and it should translate.