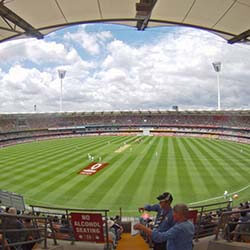 Cricket Australia has reportedly been doing everything in their power to set the minds of BCCI officials and India players at ease over the playing of the upcoming fourth Test at the Gabba. Players have apparently stated their unhappiness with the prospect of making the flight to Queensland if it means stricter regulations will force them to remain “in their rooms”.

Cricket Australia has furthermore reportedly reassured India’s cricket board regarding current restrictions in place in Queensland – restrictions the sports body has apparently claimed will not be changed so as to create tougher living conditions than what had been the case in Sydney. The bio-bubble protocols for the Sydney Cricket Ground and the Gabba have been described as identical, being that players are permitted to leave their hotel rooms for interaction among one another as well as for training and playing at the relevant cricket grounds.

Although reports have been doing the rounds all week regarding India’s supposed unhappiness with travelling to Queensland, Cricket Australia says it hasn’t received any notifications or even as much as an indication from the BCCI to the effect of the Indian squad refusing to make the trip to Brisbane.

India interim captain Ajinkya Rahane on Wednesday stirred the rumour pot when he announced that all travel decisions would be made by India cricket officials – and not by the players themselves. The uncertainty regarding whether or not the fourth Test will be played at the Gabba has according to Australia skipper Tim Paine started to create tension between the two camps.