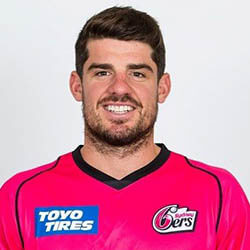 The Australian sports community is rallying around Moises Henriques. This is after the Captain of the Sydney Sixers shared an emotional update about the status of his mental health woes. Henriques made it public knowledge that he’s been battling mental issues in 2018 and detailed his struggle recently, just after his son Archie was born.

He said that scrolling through his Instagram account and seeing only images depicting good times, happy families and people laughing and smiling is what prompted his most recent post. He said that he wants to make sure that people know that this is not an accurate depiction of how things are at any given point. He said that in the last few weeks he’s often felt like crying as much as his new baby does from feelings of being overwhelmed, anxiety, and worry.

The Cricket community immediately got behind Henriques, with messages of support pouring in from personalities like Abbey Way, Hason Roy and John Hastings. The Sydney Sixers’ official Instagram account also came to the party, stating simply that Henriques is loved.

Henriques briefly stepped down from his position as Sydney Sixers captain late in 2017 after taking a two-week break. In March 2018 he said that he hoped that taking this break would help with prolonging his career, saying that he felt much better as a result of it. He stated that he had just needed time to set some things right and get his processes back on track.