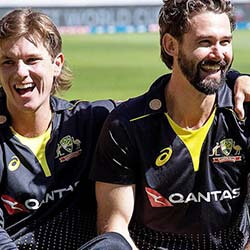 Australian cricket administrators have now said that they are hopeful that the country’s Indian Premier League contingent will be permitted to soon make their way back home from the Maldives. Depending on a green light from federal government, the 38 players, coaches, and supporting staff could be returning home as early as the weekend.

The only exception remains Mike Hussey, who had no other option but to remain in India after returning positive tests. Hussey currently awaits a negative test result in order to get permission to join his IPL-countrymen in the Maldives, where the contingent is currently in quarantine and awaiting a charter and permission to make their way back to Sydney.

Cricket Australia and the Australian Cricketers’ Association have announced that they are positive over the likelihood of Hussey being able to re-join the rest of the group without further delay. This will obviously depend on Hussey’s latest test result ad his state of health.

Funding for the mass migration back home is being funded by the Board of Control for Cricket in India (BCCI) – as are the travel arrangements.

The plan is for the group to fly from the Maldives to Sydney on a chartered flight. Once touching down in Sydney, the group will then enter New South Wales’ hotel-quarantine system. What’s not yet clear is exactly how this will impact the number of Australians currently waiting to repatriate in terms of available hotel-space. Cricket Australia has in the meantime emphasised that the idea is in no way to jump any queues.