Joe Root Claims 130 Not Out In Draw At Nottinghamshire 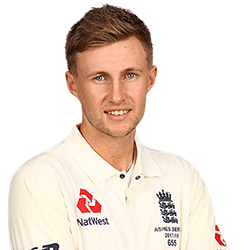 Joe Root earned an unbeaten century as Yorkshire put on a superb batting display through day four, drawing their opening Division One game against Nottinghamshire while playing at Trent Bridge. England’s Test Captain was hit on the helmet by the first ball thanks to a short delivery from Stuart Broad, but managed to recover and added to his first innings score of 73.

Root, who finished off the game with 130 not out, along with Gary Ballance, 101 not out, lead their team to a victory of 277-2. Nott’s had declared for their overnight 329-5, which left Joe Clarke just three runs shy of his second century for the game. This also left Yorkshire with a new target of 447 to win, and paceman Jake Ball was able to remove both openers from Yorkshire during the morning session.

Root and Ballance banded together with Yorkshire in trouble at 24-2, but they proved to be an unstoppable match for the remainder of the game, sharing a combined 253 from a third wicket stand. There were some close calls for Root, such as his uncomfortable first ball error when he was facing teammate Broad. But the 28 year old did not suffer any injuries, although he spent ten minutes receiving treatment for the blow, and was able to get his 26th first class hundred after the team break, with a draw being agreed upon not long after he and Ballance finished up.

Joe Burns and Marnus Labuschagne have been included on Cricket Australia’s list of players to receive contracts. Usman Khawaja has been omitted, while Annabel Sutherland, teenaged superstar, is one of ….