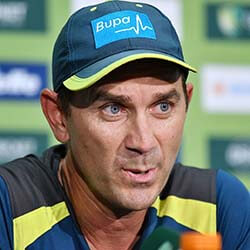 Australian cricket is still coming to terms with the sudden loss of seven players just before the West Indies and Bangladesh tours. This also means that they will not be playing in the T20 World Cup later this year.

The cricketers had previously played in the IPL but have since asked to be excluded from team selections ahead of the white-ball tour of West Indies and Bangladesh. These players include Steve Smith, Daniel Sams, Jhye Richardson, Glenn Maxwell, Kane Richardson, Pat Cummins, Marcus Stoinis, and David Warner. Out of the seven, Steve Smith is the only one not playing due to an injury. This leaves Langer short seven players just four months from the T20 World Cup.

Since the announcement, Cricket Australia has confirmed an 18-man squad for the twin tours.
From 9 – 24 July, the team will play five T20 Internationals and three ODIs. We are still waiting for confirmation on the five-match T20 tour of Bangladesh. These tours need to be approved by the government and will need to follow strict bio-security arrangements.

Following the suspension of IPL and Australia’s border closure for all Indian arrivals, Cummins, Maxwell, Warner, Stoinis, and Richardson were forced to quarantine in the Maldives before being allowed to return home.

While the team and management are disappointed to lose the players, they do respect the decisions made by the respective players.