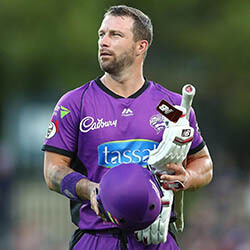 A knee injury has forced wicketkeeper Matthew Wade to pull out of a Somerset County deal. He was scheduled to make himself available for the first seven fixtures in the upcoming Specsavers County Championship League.

Wade was a formidable presence in the Ashes series in 2019 and has appeared in 32 Test matches, 94 One Day Internationals, and 29 Twenty20s but Cricket Australia has advised the 32-year old player that he will need to undergo a sustained period of rest. The player’s described the decision as a disappointing one because he was looking forward to the challenge that playing for an English County would present. But he added that, after discussions with the medical team, it’s clear that he won’t be in a position to do so.

Andy Hurry, Director of Cricket at Somerset County, said that, while this news is obviously very disappointing for Wade, injuries are part and parcel of the professional player’s lot. He said that his members and supporters were eagerly anticipating seeing a player of Wade’s calibre involved in the lineup over the summer and that everyone shares Wade’s chagrin. He ended his statement by sending everyone’s best wishes to Wade for a quick recovery and offering thanks for the timely correspondence and frequent updates being received from Cricket Australia.

And who knows? Wade might have ended up surplus to requirements anyway, with the COVID-19 coronavirus pandemic meaning that a delay to the county season’s opening game is almost inevitable.