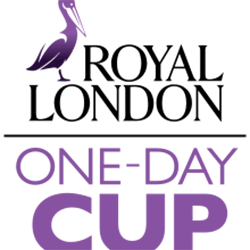 Lancashire came second for the North Group of the One Day Cup after a 30 run victory against Derbyshire in a match that was ultimately shortened due to rainy weather. The game, which was player at Old Trafford, was started two hours late and the hosts claimed 239-6 by the time their 38 overs had come to an end. England opener Keaton Jennings shined throughout and finished with 84, while Australian Jake Lehman made 77 not out.

Derbyshire ended their run with 122-6 as they aimed for 240, with two run outs causing some damage to their goals, with only Anuj Dal helping them finish with 209-7 thanks t his 52. Lancashire’s win came thanks to their fourth wicket stand of 86 between Lehman and Jennings before the English player pushed Logan van Beek behind. But Lehamn, who has since replaced Glenn Maxwell for team Red Rose, continued batting through, and shot seven fours as well as a six for his 67 ball innings.

Derbyshire remained behind at all times, despite Dal’s innings of 39 deliveries during a stand of 76 with Harvey Hosein, which helped booster morale slightly toward the latter end of the game. Both teams now only have one group match left in the series that will see Lancashire taking on Warwickshire, where winning will see them advance to the next round, while Derbyshire is set to host Worcestershire for their upcoming match as the team hopes to rise above fifth place.

Joe Burns and Marnus Labuschagne have been included on Cricket Australia’s list of players to receive contracts. Usman Khawaja has been omitted, while Annabel Sutherland, teenaged superstar, is one of ….