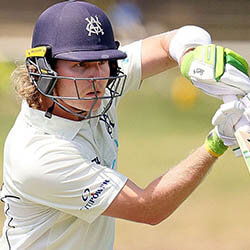 Former Australian skipper Michael Clarke has spoken out against comments made by coach Justin Langer, captain Tim Paine, and prominent player David Warner ahead of Australia’s upcoming series against India.

Even though young gun Will Pucovski was considered a favourite to open the batting alongside Warner, comments from those longer in the business suggest Joe Burns remains in the running to play in partnership with the cricketing stalwart in Adelaide.

Clarke said though he’s in no way surprised by Warner’s support of Burns being included in the opening playing XI instead of Pucovski, what with Warner considering Burns a long-time friend, cricketing partner and even confidant, it can’t be in any way a positive experience for the youngster to be constantly confronted by everything recently uttered by guys he probably deems beacons of the sport.

All of this obviously also leaves the young player in the precarious situation of having to walk out onto the pitch alongside Warner in the event that he does get chosen – whilst all the while being aware of his opening partner’s feelings on the matter.

Warner, said Clarke, should not even be in the position he currently appears to have been placed in, being that of unofficial selector. And his is a sentiment shared by fellow former Aussie captain and ex-selector Greg Chappell. Said Chappell, the “safer” choice isn’t always necessarily the best possible selection there is.

Chappell also said he believes sooner would be better than later in terms of getting Will Pucovski out and onto the pitch.

It has been officially established that the Sydney Cricket Ground stadium will see the third Test between Australian and India unfold. Cricket Australia confirmed the venue for the event starting ….

Johnny Mullagh was one of the foremost Victorian cricketers. He led the famous, first-ever tour of England in 1868 and had a marvellous reputation. The right-arm bowler and right-handed batsman ….