Paine Says Ashes Will Go On Even Minus Root 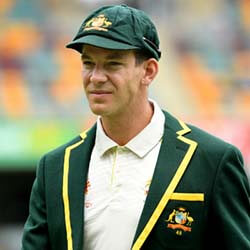 Aussie Test captain Tim Paine says whether or not Joe Root signs up for travelling to Australia, there will be an Ashes tour come December 8.

With uncertainty over England’s participation a heated talking point in recent months, there’s no more clarity now than before over the visitors’ concerns about quarantine conditions, biosecurity restrictions, and bubble fatigue.

What’s for certain is that the England and Wales Cricket Board will soon press for a final answer from players regarding their participation. They’re becoming increasingly more keen to name an Ashes squad.

England captain Joe Root spoke last week about being desperate to captain his country as they tour to Australia. Even so, he said he wasn’t willing to commit without being given certainty about which arrangements would prevail once on tour.

But according to a resolute Paine, he does not care which players agree to tour, and which don’t – including his counterpart Root. The choice is simple, the Australian skipper told a radio station late last week, it’s either get on a plane or don’t. Nobody is forcing anybody else to come, he said.

Paine also expressed his own personal doubts over whether Root is genuinely concerned about flying to Australia for joining the Ashes series in December. He said not one player from England had come out and stated in so many words that they would not be coming to play the Ashes, and that this had led him to believe that Root’s words had been “beat up” somehow.

While the uncertainty over which restrictions will apply for England’s players as they prepare to travel to Australia for the Ashes tour later this year will soon start to lift, ….

Ex-West Indies pace bowler Michael Holding has announced his retirement after 31 years as television commentator. Holding played 102 ODIs and 60 Tests for the West Indies before moving into ….

Cricket Australia this week announced its decision to pull the plug on the country’s Test match previously planned for hosting Afghanistan in November. The organisation said the decision was taken ….

Star India Opener KL Rahul on Sunday got fined a stunning 15 per cent of his match fee for showing his unhappiness with an umpire’s decision over his having been ….