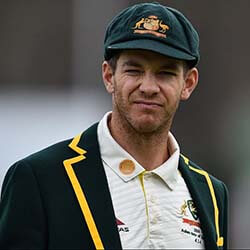 Baggy Greens Captain Tim Paine has leapt to the defence of Steve Smith, one of the world’s most the consistently top-ranked Test batsmen. This is after a global outcry after the player seems to be removing the Men in Blue’s batsmen’s guards while shadow batting.

The incident occurred on the last day of what turned into an upsetting draw for the Australian national team at the Sydney Cricket Ground. A stump camera captured Smith striding out onto the pitch and proceeding to shadow bat. But then, strangely, it looked like he was trying to scrape away markings on the crease that Indian batsmen use to indicate where the stumps are situated behind them.

Cheteshwar Pujara and Rishabh Pant were batting at that stage of the proceedings, so Pant had to make the marks once more. Smith’s bizarre move did nothing but waste some time.

And the rest of the world agrees, condemning Smith near-universally.

But Paine is having none of it, stating that this is something that Smith has always done. He stated that going back and looking at game footage of the matches Smith has taken part in before will confirm this. He added that Smith is very upset with how his actions have been viewed.