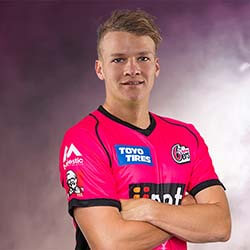 Aussie wicketkeeper Josh Philippe has pulled out of the entire upcoming IPL season, citing personal reasons for his withdrawal.

IPL franchise Royal Challengers Bangalore has responded to questions regarding Phillipe being about to miss out on entire season by pledging their full support to the star player. They have since signed uncapped Kiwi Finn Allen as a replacement.

One of Australia’s most promising batting prospects, Phillipe (23) made his international debut for Australia last month when he played in all five matches in the recent T20 series against New Zealand.

Allen, in the meantime, was initially passed over in the 2021 IPL auction, but will now get his chance after belting a record 512 runs and pushing the Wellington Firebirds to the prestigious Super Smash T20 title. The young gun’s commitment to RCB could however see him necessarily missing out on making his international debut for the Black Caps squad set to play Bangladesh in a T20 Test series starting March 28.

Black Caps selector Gavin Larsen however earlier this week revealed to reporters that NZ coach Gary Stead was currently in talks with IPL clubs regarding when New Zealand-based players are due to arrive in India ahead of the coming IPL season. Since a number of guys are involved, as well as a cutover period, Larsen said the possibility could potentially exist for Allen to play in Bangladesh yet – if indeed he were to be selected as part of the squad.

Royal Challengers Bangalore are set to play Mumbai Indians in the IPL’s season opener on April 9.