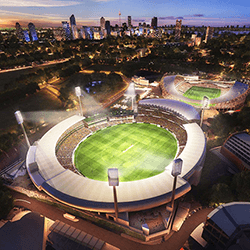 It has been officially established that the Sydney Cricket Ground stadium will see the third Test between Australian and India unfold. Cricket Australia confirmed the venue for the event starting January 7, 2021, on Tuesday the 29th of December 2020. This was after the SCG’s eligibility was brought into question due to a spike in novel coronavirus COVID-19 cases occurred on Sydney’s northern beaches.

CA Interim Chief Executive Officer Nick Hockley revealed that regular meetings have taken place over the previous week to assess the public health situation. Hockley added that it’s been ascertained that a safe, successful summer is on the cards due to comprehensive biosecurity protocols. He also seemed 100% confident that the fourth Test will take place as scheduled in Brisbane from January 15th. This is despite the Melbourne Cricket Ground being kept on standby in case things went pear-shaped at the last minute.

Hockney spoke of his gratitude to the governments of Queensland and New South Wales for their commitment to working alongside CA to deliver the series as planned. He commended their willingness to help ensure that the wellbeing and safety of officials, players, staff, and the wider community remained as the first priority.

The CEO also announced that CA will be putting all appropriate measures related to biosecurity in place. He stated that this is in response to the general public health situation in New South Wales and the Queensland government’s specific requirements. He also took the time to thank everyone involved, from players and staff to broadcasters, for their continued cooperation in keeping Cricket safe.