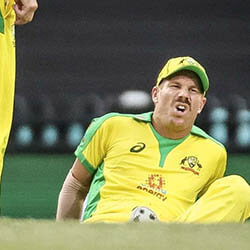 A groin injury to David Warner could very well lead to a thrilling 30-year first for Australian cricket.

The likely anticipated result of Warner’s injury will be the teaming up of Joe Burns and Will Pucovski during Australia’s first Test against India in Adelaide. What makes of the partnership a historical shake-up for Australia is that Burns and Pucovski are both right-handed batsmen.

Burns has since his poor Sheffield Shield return been working hard at improving his batting game. He recently spent several weeks hitting away at thousands of balls bowled to him by Queensland batting coach Adam Hollioake in Byron Bay. The Australian right-hander has been facing an uncertain future as a result of his failure to make it past 30 in a total of 5 innings while playing for Queensland in his Sheffield Shield return.

The key focus at Byron Bay, said Burns, was to work on his patience as a player. The temptation to simply hit the ball and assume yourself to be in good rhythm is always huge after an extended layoff, said the Australian opener. But though a challenge, hitting thousands of balls as if each new ball was the first, said Burns, emerged a strong reminder that every time a batsman walks out and onto the pitch, he plays at the mercy of the bowler. Only those able to absorb the pressure are able to bank on runs coming off their balls, he said.

As for the remaining matches against India, Burns said the focus is on winning games and on putting India on the back foot by landing the offensive punch.