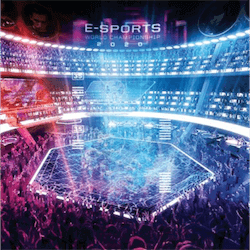 A-League In On eSports

It’s an exciting new world of sports and the A-League is on board. Despite the fact that most of the players have not put actual boot to ball, pedal to metal or fist to face, it’s one of the most competitive sporting codes currently out there. It is, of course, eSports.

It’s competitive online gaming at its best with many of the traditional Australian clubs now looking to join in. Australian sporting codes like the AFL and A-League are looking to invest in the world of eSports for the very first time this year, and it’s not surprising why.

February will see the launch of FIFA’18 e-League –  collaboration between Football Federation Australia and the A-League clubs. If the word on the street is anything to go by, the release is already a pre-launch roaring success.

The FFA isn’t the only professional sporting code wanting to get on board the eSports bus. May of last year saw the Adelaide Crows AFL club blazing trails by acquiring the Sydney-based eSports team Legacy. Essendon soon followed suit by buying Abyss, yet another eSports team. Both Legacy and Abyss will be competing in this year’s Oceanic Pro League competition, which is a League of Legends tournament.

League of Legends is hugely popular, with around 27 million players engaging in the game on a daily basis. Top notch players earn up to $30,000 for each tournament played. Recent studies conducted by the AFL indicate that up to 21 per cent of football fans already watch or engage in eSports tournaments. The Australian fan-base alone is estimated at a cool 1.5 million.

eSports As Legitimate As Any Other Code

Adelaide Cows chief operating officer, Nigel Smart, confirmed that Adelaide has a few tricks up its sleeve and that the club would soon commence with the establishment of a high-performance, eSports centred centre at its West Lakes headquarters.

The centre will aim to provide eSports gamers with training and feedback in order to further develop their skills.

Smart added that the club would also investigate different ways to involve more women in the world of eSports, as 83% of followers were currently male. Counter Strike is a good example of a game where there are already all-girl teams participating. Smart said that there was no reason why this should not be the case in League of Legends too.

An estimated 47 countries, including Australia, now recognise eSports as a fully legitimate competition.