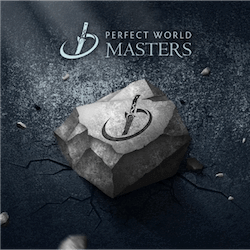 Newbee is a Chinese team and was established in 2014.  The main initial goal was to compete in The International 4 but it soon became apparent that Newbee would evolve and grow beyond a single event.  Newbee is currently ranked 6th in the world.

Also a Chinese team, Forever Young was founded by Chinese eSports company LGD.  LGD.Forever Young fared well in the 2016 Boston Major, where they reached 5th and 6th place.  Key players who have made their mark in the team include Du Monet Peng, Xie Super Junhao and Luo Lpc Puchao.

Currently ranked world no. 4, Team Secret is based in Turkey and is best known for their Dota 2 team, despite also having teams engaging in Counter Strike: Global Offensive and Street Fighter.  Team Secret have admittedly had somewhat of a no-show 2017 which resulted in them not receiving a direct invite to The International 2017.

LGD Gaming’s Dota 2 team has been at the forefront of the Chinese and Asian eSports scene for a long time coming now.  The team members are all of Chinese origins, with some having been part and parcel of the squad since the beginning.

Team Kinguin is sponsored by a Hong Kong-based CD key retailer.  Current players include Natan Michalewicz, Michal Jankowski, Pawel Naruszewicz, Rafal Wojcik and Jakub Kockjan.  The members describe themselves as being talented and hungry for battle.

Vega Squadron is a European squad headquartered in Moscow, Russia, and the team was formed in 2012.  Their initial focus was on Dota 2 only, but they now have a participating team competing in CS:Go as well as League of Legends.

Mineski was founded in 2004, and as such are one of Southeast Asia’s oldest professional gaming squads.  They are currently ranked no. 5 in the world.

SG e-sports hails from Brazil and are officially the first team from Brazil to have competed in a major tournament organised by Valve.  They won the South American qualifiers for the Kiev Major this year.