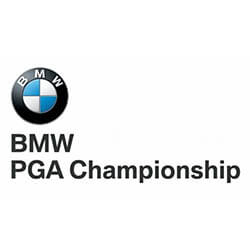 A terrifically lucky punter has beat the ultimate odds by getting all 20 golf bets in a parlay bet wagered as part of golf’s BMW PGA Championship, which recently concluded in England, correct. And as for the magnitude of the odds so perfectly beaten on his way to turning a $1 multi-wager into a phenomenal nearly $680,000 return? A stupendous 679,865 to 1.

The bet, wagered with an Australian bookmaker by assumedly a local Aussie punter, is the type of wager that basically measures one golfer’s score against that achieved by all others, and is as such, a combination-style bet. That the lucky punter correctly predicted all 20 round-winners perfectly on the money is nothing short of a miracle. This especially since getting even just one winner wrong would have resulted in the entire bet falling flat on its face and paying nothing.

Among those golfers the lucky punter chose to add to his poor performance anticipated list, is Kiwi golfer Ryan Fox. And a good job too as Fox, having played previous rounds totalling 68 and 70 shots respectively, dropped all the way to 73 shots needed in order to make it through the third round of the tournament.

The closest the lucky golf betting enthusiast came to seeing his entire bet bite the dust happened in the form of a four two-balls aced by a single shot. But lucky for the miracle-punter, since a narrow escape is an escape nonetheless, his was indeed an outcome of all’s well that ends well.

Australian golf on Friday suffered a tremendous and unprecedented blow to the sport resulting from the cancellation of the country’s three largest premium golfing tournaments. All three major tournaments scheduled ….